“WE’RE IN THE BUSINESS OF CHANGING THE WAY BUSINESSES THINK.”

As a member of the Authorised Distributor network, our corporate values reflect Dr. Edward de Bono‘s belief that these tools can and do change the world for the better. People of all ages, cultures, professions, and levels of education who use these tools as they are designed find that they become more collaborative and less combative, more productive, and more confident in their creativity.

The leader of a global network, de Bono Thinking Systems links hundreds of certified trainers in 50 countries through 23 affiliate Authorized Distributors on six continents. Over 600,000 people worldwide have found the tools to achieve measurable results and maximize productivity. de Bono Thinking Systems are the key to process improvement, organizational innovation, strategic leadership, individual creativity and problem solving for businesses, non- profit organizations and individuals around the world. Today, 38 of de Bono Thinking Systems®’ Certified Instructors are qualified Master Trainers, who, along with de Bono, teach certification courses. Course materials are published in Chinese, Dutch, English, Finnish, French, German, Greek, Italian, Japanese, Korean, Latvian, Portuguese, Romanian, Spanish, and Turkish. de Bono Thinking Systems® (dBTS) with headquarters in the USA publishes the only authorized course material available in the world, and oversees the certifications of trainers to deliver the courses, so that quality and integrity of the content is maintained globally. 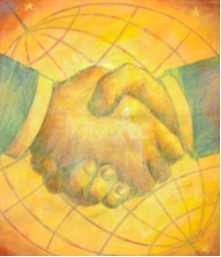 DBTS TODAY
Organizations whose members use these tools regularly and effectively report dramatic results in increased productivity and creativity, reduced meeting time, and improved attitudes with fewer grievances among team members. You might be surprised at the products, services, events, treaties, and negotiations initiated or resolved using Six Thinking Hats®, Lateral Thinking, The Power of Perception™, Focus on Facilitation™, Simplicity, and Six Value Medals™.

Our courses have been adopted by businesses around the world, studied by governments, promoted by peace institutes, required by schools, and taught in prisons. Today, most Fortune 500 companies, many governments and school systems, and many thousands of individuals around the world use some or all of de Bono’s thinking methods regularly, with astounding results.

We specialize in Leadership, Innovation and Strategy, our mission is to make a difference within corporate culture with a clearly defined “before” and “after”, helping organizations to develop and unleash the potential of their intellectual capital at both individual and team levels.The language of creativity and innovation is able to cross over borders, departments and hierarchies, providing an increased value in competitiveness and decision-making. With the proper training, every single team can aspire to improve the quality and effectiveness of meetings, while at the same time motivating the group as a whole, increasing productivity, and acquiring the skills that will enable the team to take advantage of individual differences in a positive and constructive way.