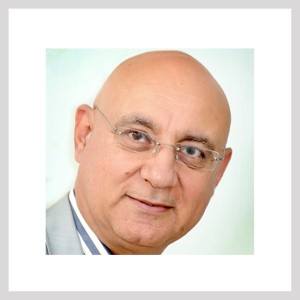 Joe Gerada is currently a free lance management consultant and CIPD trainer. He is also the Chairperson of the Foundation for Social Welfare Services that manages the major Government’s social work agencies. He held CEO positions of a number of State organizations including the ETC and the Foundation for Human Resource Development as well as the first Group HR Manager of Island Hotels Group. He is active in the volunteer sector and is a board members on a number of voluntary organizations. He holds a Masters’ degree in Mediation from the Institute Universitaire Kurt Bosh Switzerland, a diploma in Applied Social Studies from the University of Malta and management certificates from Cranfield University and the University of Singapore. He is a fellow members of the Chartered Institute for Personnel Development and an accredited management trainer from CIPD.

He also represents the Maltese Government on the Social Cohesion Committee of the Council of Europe where he participated in developing a number of policies adopted by the Council of Europe Committee of Ministers. He has also consulted for the Committee of the Regions of the European Commission. In 2011 he led a consultation process in connection with the proposed Bill on Restorative Justice in Malta and also formed part of the task force that monitored the reform in the area of restorative justice in Malta.