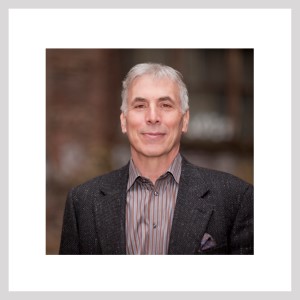 Michael J. Gelb is the world’s leading authority on the application of genius thinking to personal and organizational development. He is a pioneer in the fields of creative thinking, accelerated learning, and innovative leadership. Gelb leads seminars for organizations such as DuPont, Merck, Microsoft, Nike, Raytheon and YPO.He brings more than 30 years of experience as a professional speaker, seminar leader and organizational consultant to his diverse, international clientele. Michael Gelb is the author of 12 books on creativity and innovation including the international best seller How to Think Like Leonardo Da Vinci: Seven Steps to Genius Every Day. (1998)How to Think Like Leonardo has been translated into 25 languages and has appeared on the Washington Post, Amazon.com, and the New York Times best seller lists.

In 2007 Gelb released Innovate Like Edison: The Five Step System for Breakthrough Business Success, co-authored with Sarah Miller Caldicott, the great grand niece of Thomas Edison. As Professor Vijay Govindarajan, author of Ten Rules for Strategic Innovators noted, “This book is a must have for anyone who wants to turn creative ideas into profitable reality.” In 1999, Michael Gelb won the Brain Trust Charity’s “Brain of the Year” award; other honorees include Prof. Stephen Hawking, Bill Gates, Garry Kasparov and Gene Rodenberry. In 2003, Michael was awarded a Batten Fellowship by the University of Virginia’s Darden Graduate School of Business. Michael co-directs the acclaimed Leading Innovation Seminar at Darden with Professor James Clawson. From 2008 to 2012, Michael Gelb also served as the Director of Creativity and Innovation Leadership for the Conscious Capitalism Institute.

A former professional juggler who once performed with the Rolling Stones and Bob Dylan, Gelb introduced the idea of teaching juggling as a means to promote Accelerated learning and team-building. He is the author of The 5 Keys to High Performance: Juggling Your Way to Success. A fourth degree black belt in the Japanese martial art of Aikido, Gelb is co-author with International Grandmaster Raymond Keene, of Samurai Chess: Mastering Strategic Thinking Through the Martial Art of the Mind. Michael Gelb is also a certified teacher of the Alexander Technique, (the method taught at The Julliard School for cultivating commanding stage presence), and the author of the classic work: Body Learning: An Introduction to the Alexander Technique. Michael’s 1988 release Present Yourself! Captivate Your Audience with Great Presentation Skills guides readers to develop the communication strategies they need to generate support for their innovative ideas. Michael has also created many best selling audio programs, include: Mind Mapping: How to Liberate Your Natural Genius,Work Like Da Vinci: Gaining the Creative Advantage in Your Business and Career and The Spirit of Leonardo.

Michael Gelb’s passion for applying genius thinking to personal and organizational development is also expressed in his Harper Collins release (2002) Discover Your Genius: How To Think Like History’s Ten Most Revolutionary Minds. Published in 2010, Wine Drinking For Inspired Thinking: Uncork Your Creative Juices, offers a unique, original and very enjoyable approach to team building.

His next book Creativity On Demand: Ignite and Sustain the Fire of Genius will be published by Sounds True in September of 2014. 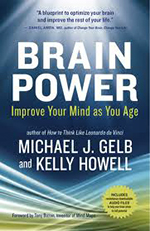 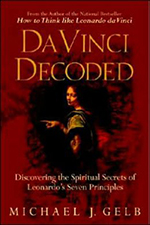 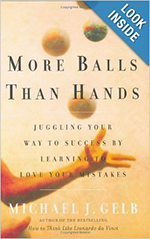 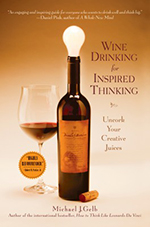 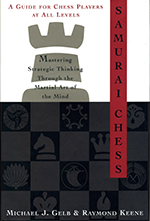 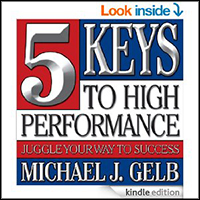 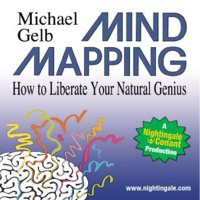 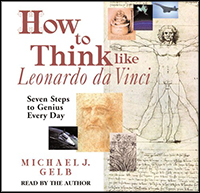 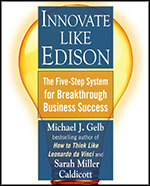